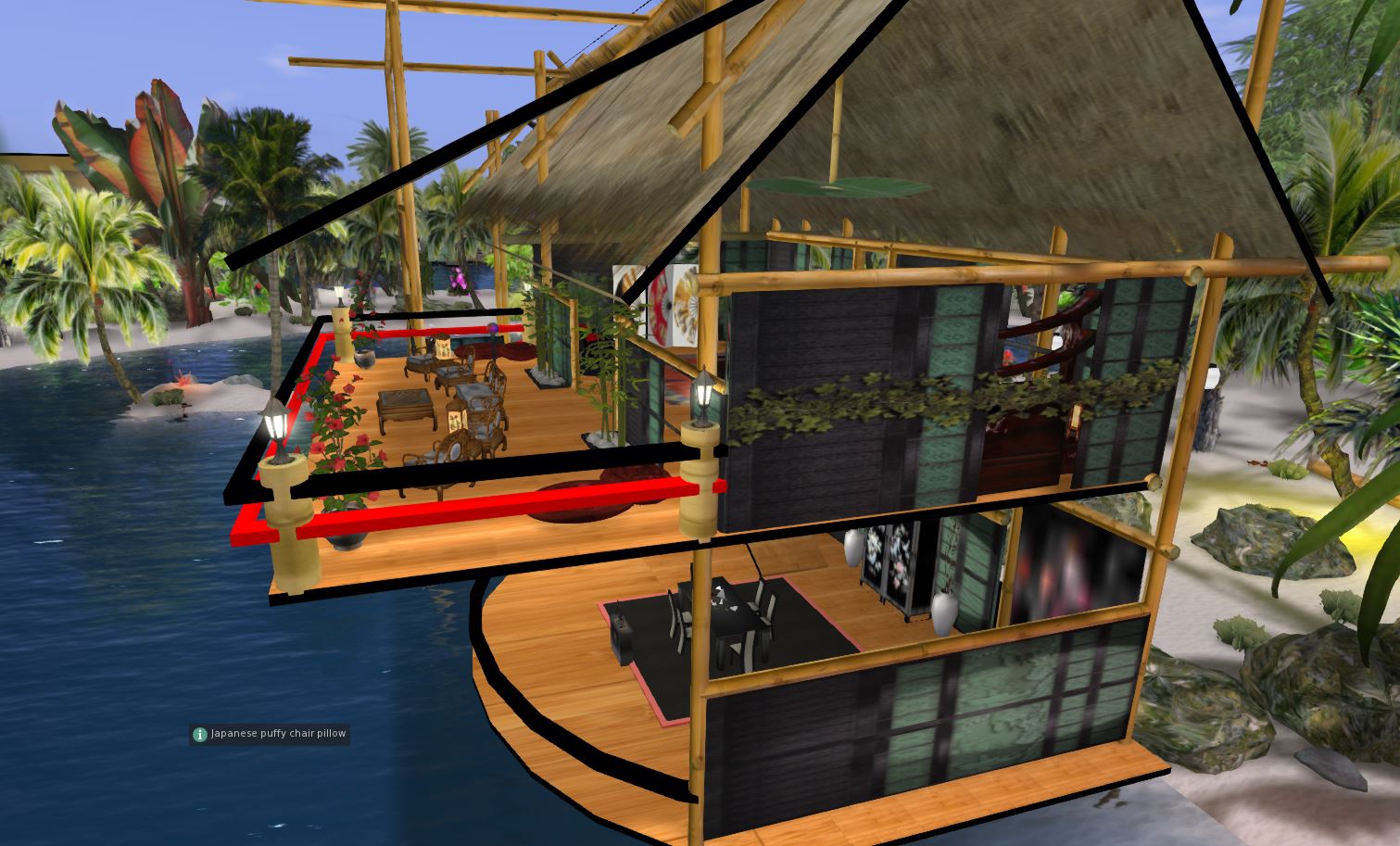 Two worlds of design meet and then a twist to an exoskeleton design!

As with most builders, I think, we all start out with some concept in mind but when we start to build it takes a life of its own. I started this build out with three concepts: a Japanese influenced build, coupled with a Hawaiian influenced build crossed with a structure build of an exoskeleton. Well I hit the mark; I think. As an engineer I tend to look at the structure and don’t build stuff in SL that is fake. You can see many places built or designed in SL that would never stand up on earth. So, I do look at structure.

You can see many examples of exoskeleton builds in real life and I wanted to bring that into SL an artistic way if possible. Now, another person who I meet does all the interior design as that isn’t my strong suit at all. I build, and Sassy decorates. As I have been building for a long time I always start with an idea in mind.

For example, I have a large rock on the island. Many years back I looked at most of the Hawaiian builds and island; which you can always tell where the homes are. I always thought it would be nice to not even see a house on a tropical island and thus take away from the beauty that a tropical island can exhibit. So, I started to look at ways to have a house that you don’t know is a house but blends into the island itself.

Thus, I came up with the idea to build a home inside a rock all in plain view of those on the island. It accents the island but is unclear that it is anything more than a rock. I will have an addition to the portfolio shortly, if by the time you read this it might be already there.

So please examine the Japanese Hawaiian build and see how the two cultures blend plus the unique use of an exoskeleton with bamboo. Also, look at the end pieces of the bamboo and the other pieces to see that even the ends are textured properly. One person who helped me get my building skills told me you can always tell the quality of a builder by looking at the edges of what they build. So many people just don’t pay attention to detail of the edges of what they build. Just a measure of quality. I have been guilty of that too but now I look very carefully at all that which shows quality. Enjoy!